What’s your favorite tea? Black, green, or white? When you’re a real fan of tea and drink it all day, you get to really know your stuff. But did you know that all of these kinds of tea come from a single plant, the tea plant?

The fact is black tea comes from the intense fermentation of the plant, green tea is weakly fermented, and white tea is not at all.

White tea is the richest in micronutrients, but also the rarest and most expensive. This is why green tea, which retains most of the nutritional qualities, is just as recommended.

The benefits of drinking tea

It is well-known that tea is full of health benefits. It has already been shown to prevent certain cancers, due to its content of epigallocatechin gallate, which blocks the growth of cancer cells.

We also know that tea is an excellent fat burner, which especially promotes the burning of abdominal fat.

Its antioxidant content also prevents aging of the skin or even cardiovascular diseases.

Learn more about the benefits of drinking green tea.

Signs you’re drinking too much tea

The risks of drinking tea too much tea

Drinking 1 to 3 cups of tea a day is absolutely safe, even very beneficial. It is when this threshold is exceeded that you should be careful, and watch out for certain symptoms that indicate that you have consumed too much tea: anxiety, difficulty sleeping, lack of iron, etc.

It is recommended in some diets or food rebalancing to drink a lot of tea. Initially for the fat-burning effect, but also because it fills up the stomach, providing a feeling of satiety.

The diuretic potential of tea is also not negligible. However, some people take this advice to heart and drink tea all day, which can cause more harm than good.

Iron is one of the trace elements essential for the proper functioning of the organism and general health. Present in red blood cells, iron could see its assimilation disturbed, in case of excess tea consumption. Too much tea would tend to block the absorption of iron by the body.

Drinking too much tea every day can increase the risk of iron deficiency, called iron deficiency anemia. This iron deficiency is characterized by abnormal fatigue, pallor, headaches, dizziness. If you are noticing these symptoms, it is therefore recommended to limit your tea consumption and to eat, at the same time, foods rich in iron.

Tannin, which is a plant substance found in tea, tends to stain teeth and can be the cause of yellow/brown teeth. Indeed, consumed in too large a quantity, tea, especially black tea (which has undergone strong oxidation), can abrade tooth enamel. Hence the importance of washing your teeth well (or at least rinsing your mouth with water), after drinking a cup of tea to eliminate deposits in the mouth.

An excessive amount of theine

Although tea has an excellent reputation around the world and has been for centuries, it can, like coffee, but to a lesser extent, have health consequences. Theine, contained in tea, is caffeine 3 times less concentrated, the effects are therefore less pronounced. However, while coffee is eliminated quickly from the body (in about 3 hours), the tea elimination time is longer (about 5 to 6 hours) with the theine being “released” more gradually.

Tea is still very good for our health, but its consumption requires some moderation. It is important to keep an eye out for the symptoms associated with excessive drinking and adjust your consumption and habits as necessary. 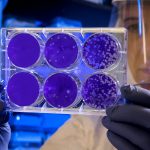 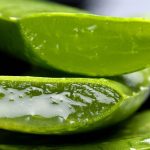