Type 1 diabetes accounts for 5-10% of all diabetes cases. This form of the disease appears most often in childhood or adolescence, hence its old name of “juvenile diabetes”.

At the very beginning, type 1 diabetes does not cause any symptoms because the pancreas remains partially functional. The disease does not become apparent until 80-90% of the pancreatic insulin-producing cells are already destroyed.

This is because individuals who have type 1 diabetes produce very little or no insulin at all due to an autoimmune reaction that partially or completely destroys the beta cells of the pancreas. The latter’s role is to synthesize insulin, which is essential for the body to use blood glucose for energy. In this type of diabetes, it is absolutely necessary to take insulin regularly, hence the name that is often attributed to it: “insulin-dependent diabetes (IDD)”. In fact, this disease was fatal before it could be controlled with insulin.

It is not known what exactly causes the immune system to respond to beta cells. Some individuals would be predisposed to the disease, by their heredity. A family history of type 1 diabetes is found in just under 10% of cases. The disease is likely the result of a combination of genetic and environmental factors. Exposure to certain viruses or foods early in life, for example, could play a role in the onset of the disease.

In the long term, type 1 diabetes increases the risk of several health problems: cardiovascular disease, kidney problems, loss of sensitivity in the fingers and feet, vision problems that can lead to blindness, etc.

The best way to prevent these complications is to regularly monitor your blood sugar, blood pressure and cholesterol regularly.

Watch out for celiac disease

Celiac disease is particularly common in people with type 1 diabetes: 20 times more than in the general population, according to one study. Celiac disease is another autoimmune disease whose symptoms (mainly digestive) are triggered by the consumption of gluten, a protein found in several grains. Therefore, screening for celiac disease is recommended in type 1 diabetics, even in the absence of obvious symptoms.

Frequent infections, slower wound healing, or loss of sensitivity in the feet are some of the possible signs of complications. It is then necessary to consult your doctor without delay.

People at risk of type 1 diabetes

There is no established risk factor. But below are some assumptions:

To prevent type 1 diabetes, the cells in the pancreas responsible for producing insulin in individuals at high risk for the disease should be prevented from being destroyed. There is not yet an effective and safe method to prevent this disease even if you start early in the life of a child considered at risk. Therefore, any step aimed at preventing type 1 diabetes should be done in close collaboration with a doctor and in some cases, as part of an experimental study.

One of the challenges of research is to target the people most at risk of developing the disease. One of the indicators studied is the development in the blood of antibodies against pancreatic beta cells (autoantibodies). These antibodies can be present years before the onset of the disease. Since there are several types of these antibodies, it is a question of finding out which ones are the most predictive of the disease, and from what quantity.

Diabetics can hope to lead an active, independent and dynamic life provided they respect, throughout their existence, a strict discipline by:

However, people with type 1 diabetes often need to be treated for health problems that may be associated with this disease.

People with type 1 diabetes need to inject insulin to compensate for the insufficient production of the pancreas. It is necessary to inject rather than take insulin by mouth because it is destroyed by digestive juices. Since the treatments are daily (often several times a day), the patient must learn to administer the injections himself.

The dosage and type of insulin used vary depending on the subject’s actual insulin needs at each time of the day. Hence the need for close medical monitoring. At the start of treatment, it may take a while for you to find the right dosage.

There are different types of insulin, with different rates of action. The majority of patients receive 3 to 5 injections per day, or even use an “insulin pump”, a small device installed on the body and designed to provide, 24 hours a day, a continuous infusion of insulin. The goal is to make sure that blood sugar is as close to normal as possible at all times. In this way, the incidence and severity of complications associated with type 1 diabetes are significantly reduced. Long-acting insulins, which require only 1 injection per day, are also available. The choice of the type of insulin should be made with the attending physician.

In recent years, researchers have increasingly focused on the therapeutic benefits of transplanting the pancreas or islets of Langerhans in type 1 diabetics. Due to the risks, pancreatic transplantation is reserved for cases where diabetes is cannot be controlled with insulin injections or in case of severe complications. Less expensive and less risky, the transplantation of the islets of Langerhans is still at the experimental stage.

In the past, type 1 diabetes was fatal soon after diagnosis, after symptoms set in. Today, insulin injections in most cases is enough to save the life of the patient. But the repercussions on daily life, as well as the constraints related to the disease and its treatment are often very heavy for the patient and his family. A patient who is extremely well informed about the disease is the sine qua non for success in order to live as well as possible. It also helps to overcome the disadvantages that come with the condition. 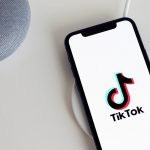 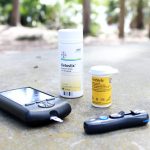