Berberine is beneficial for health. Extracted from barberry, this natural active ingredient has amazing therapeutic properties. It is best known for its effects against diabetes.

Berberine is undoubtedly one of the most virtuous natural substances that exist. Recognized for its therapeutic powers, it has been used for more than 2,500 years in traditional Asian pharmacopeia.

Even today, berberine is recommended in modern herbal medicine to treat various ailments. Its amazing properties make it an alternative of choice for treating certain modern pathologies without the side effects of pharmaceutical drugs.

What exactly is berberine and where does it come from?

Berberine is a natural active ingredient extracted from plants belonging to the Berberidaceae family. It is found in large quantities in barberry, to which it owes its scientific name Berberis vulgaris. However, it is also found at high levels in goldenseal, coptis, the turmeric tree, Oregon grape, and philodendron.

The berberine plant is cultivated all over the world. On the other hand, its therapeutic use finds its origin in India and China, in Chinese and Ayurvedic medicine.

Its balancing action on the AMPK enzyme gives berberine a role in the treatment of certain pathologies. Indeed, this enzyme coordinates energy metabolism and regulates the production, storage, and elimination of lipids and carbohydrates. It acts at several levels of the cell to help treat pathologies such as diabetes, obesity, cholesterol, urinary tract infection, etc.

In addition, berberine stimulates the sensitivity of cells to insulin. This allows the latter to perform its hypoglycemic role in the event of excess sugar in the blood.

A study conducted on 116 people with diabetes reported that one gram of berberine per day lowered their fasting blood sugar by 20% and their glycated hemoglobin by 12% .5‌ The latter is the main indicator for monitoring diabetes, representing the number of red blood cells accompanied by glucose in the blood.

For thousands of years, Chinese medicine has used berberine as a natural treatment for infertility, including PCOS. This hormonal disease is caused by cells being insensitive to insulin, causing the body to make more of it.

This rise in insulin levels works on the ovaries, causing them to secrete excess testosterone. The ability of berberine to sensitize cells to insulin is essential in limiting the secretion of insulin and testosterone by the ovaries.

As part of a slimming diet, berberine is taken as a dietary supplement to regulate fat storage in tissues. It helps lower BMI (Body Mass Index) by activating the AMPK enzyme which converts glucose and lipids into cellular energy.

A study of 37 men shows significant weight loss after consumption of berberine, while another also highlights fat loss.

In addition, it improves the leptin/adiponectin ratio. The imbalance between these two hormones is a typical marker of metabolic syndrome. This is characterized by the accumulation of cardiovascular risk factors and represents a major public health issue.

Berberine also acts on the fat levels in the body. A meta-analysis carried out on 18 studies highlighted:

Berberine owes its complete action on the body’s lipid profile to its action on AMPK. Studies also suggest that it decreases the level of bad cholesterol by canceling the work of another enzyme favorable to bad cholesterol.‌

Berberine also holds promises in terms of protecting the nervous system. One of its therapeutic targets is senile dementia, including Alzheimer’s disease.

In particular, it protects neurons by preventing the formation of harmful amyloid plaques. Its anti-inflammatory, lipid-lowering and hypoglycemic properties naturally reduce the risk of developing Alzheimer’s disease.

This is also the case with Parkinson’s disease. In mice, berberine has been shown to decreases the death of dopaminergic nerve cells, essential for controlling body movements.

Berberine would also have a role in the maintenance of cognitive functions and memory in particular. It blocks the activity of acetylcholinesterase, an enzyme that prevents the transmission of nerve messages, an effect optimized by its antioxidant properties.

Learn more about how to enhance your nervous system naturally.

Berberine is formidable on bacteria that cause gastric disorders. But it also prevents these bacteria from releasing toxins in the intestines! Its anti-inflammatory properties are also useful for our gut.

It modifies the composition of the intestinal flora, promoting the “good bacteria” and eliminating “bad” ones. By inhibiting the expression of inflammatory molecules, berberine strengthens the lining of the intestine and decreases the symptoms of ulcerative colitis, a very painful inflammatory disease.

This is also the case for the symptoms of irritable bowel syndrome.

In addition, experiments carried out on rodents have shown that the molecule also soothes spasms of the intestine, with a marked reduction in pain.

Candidiasis is an infection caused by the multiplication of candida, a yeast found in the intestine and the mouth. Thanks to its antimicrobial activity, berberine is a perfect natural candidate for tackling candidiasis.

It kills the bacteria that contribute to the multiplication of candida, stimulates more powerful antifungals, and helps the gut to replenish good bacteria.

Acne is often attributed to hormonal imbalance and poor nutrition. In both cases, berberine alleviates the appearance of pimples on the skin by limiting the production of insulin.

In addition, its antibacterial and anti-inflammatory properties work on the digestive system to eliminate the toxins that cause acne. At the same time, it speeds up acne healing and prevents future breakouts.

Learn more about how to treat acne naturally.

Berberine helps in the fight against cancer by blocking the cell cycle of tumor cells. By activating the AMPK enzyme and stimulating the p53 protein, it triggers the self-destruction of cancer cells. It also inhibits the formation of metastases and blocks the angiogenesis that feeds tumors.

Berberine’s action against bacteria makes it an excellent supplement for treating urinary tract infections in homeopathy. It kills bad strains of bacteria like staphylococci, streptococci, Klebsiella, Escherichia coli, and many more.

Berberine may help people with depression by increasing the levels of dopamine and serotonin in the brain, the hormones for happiness. In addition, it reduces inflammation in the body which often results from depression.

Berberine’s anti-inflammatory properties reduce joint pain and swelling caused by arthritis. It also inhibits the formation of osteoclasts, which cause osteoporosis.

The health benefits of berberine are numerous. As you have seen, it fights bacteria, viruses, and fungi. It rebalances the energy metabolism and helps fight certain infections. Overall, berberine is an excellent dietary supplement for boosting the immune system.

How to use berberine?

Available in powder, capsule, or tablet form, berberine is to be taken in three doses during the day: morning, noon, and evening, before each meal. When it comes to dosage, there is no official recommendation. However, it is best not to exceed 900 milligrams per day to avoid any risk of overdose.

To date, no major side effects have been reported from the use of berberine in supplementation. However, like any active ingredient, this substance may have certain contraindications. Medical advice is particularly recommended for people undergoing treatment. Berberine can indeed interact with the active ingredients of certain drugs.

Finally, as a precaution, berberine supplements are not recommended for pregnant and breastfeeding women, as well as for children.

Berberine is an alkaloid with many powerful properties for the body. Diabetes, cholesterol, infections… nothing can resist it. It has long been used in the various traditional Asian pharmacopeias, Chinese medicine, and Ayurveda in particular. 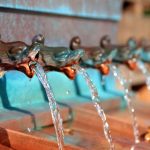 Previous post How much water should you drink a day? 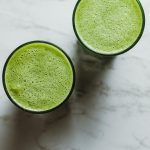