Regaining energy and vitality with natural energy drinks is absolutely possible. For this, it is necessary to select drinks with invigorating and energizing properties on the body.

Indeed, all fruit and vegetable juices are beneficial to our health, since they contain mineral salts, trace elements, vitamins, and sometimes also fatty acids and essential amino acids.

However, among them, some stand out thanks to their invigorating properties.

To help you with this, we have put together a list of juices and natural drinks to consume to get gain a boost of energy naturally.

Green juices usually consist of green vegetables rich in chlorophyll. This molecule naturally present in plants helps the blood to oxygenate itself and therefore to increase the body’s general energy level.

The brain also benefits from chlorophyll and it becomes more reactive under the effect of oxygenation. Broccoli is a perfect example of vegetables to use in green juices, because of its vitamin C content. But you can also bet on most vegetables: green peppers, cucumber, kale, cabbage, etc.

Spirulina is a cyanobacterium considered the superfood of this century. And precisely, in the form of a powder, it can easily integrate all the green juices prepared at home.

Spirulina is an incredible source of nutrients (minerals, trace elements, vitamins, proteins, etc.). And it is famous for its very high iron content.

Of course, it contains chlorophyll and phycocyanins. These pigments are natural antioxidants, which promote optimal functioning of the body.

To make your own energy drink at home, just add a few teaspoons of powdered spirulina to your drinks or smoothies. You will not regret it.

Of course, remember to stick to the dosage of the product you buy.

Learn more about the benefits of spirulina.

Sea buckthorn juice is a real concentrate of nutrients and vitamins. It contains vitamins A, B1, B2, E, F, K, and P. But what sets it apart is its ascorbic acid (vitamin C) content, which is thirty times higher than that of orange! Yes, you read that right.

Vitamin C is a natural antioxidant, which helps fight against the harmful effects of free radicals on the body. Vitamin C is also ideal for getting back in shape and fighting fatigue.

The sea buckthorn berry from which the juice is extracted contains bioactive compounds, essential minerals, fatty acids… Sea buckthorn juice thus acts as a real tonic on the body and its many functions.

All these benefits make sea buckthorn juice one of the best energy drinks around.

For thousands of years, ginger has been used for fitness and for a variety of other reasons. This root contains very diverse nutrients and of course, active molecules in large quantities.

Ginger is a natural antioxidant and therefore helps the body fight against the damage of free radicals, which can cause a host of problems.

In addition to its many health properties (digestion, antiemetic, anti-inflammatory, anti-diabetic, etc.), ginger is also effective to keep you in good shape.

Learn more about the benefits of ginger.

Beets are rich in nitrates which help reduce the amount of oxygen needed by blood vessels and muscles for proper function. Nitrates are broken down into nitric oxide which helps lower blood pressure by vasodilation of the vessels, allowing oxygen to flow more easily.

The combination of the uplifting energy of beetroot, lemon, and apple in the middle of the afternoon will naturally keep you energized for the rest of the day!

Learn more about the benefits of beets.

Yes, there is a plant that is even more caffeinated than coffee: guarana! The caffeine it contains is also called guaranine. Coming from an Amazonian shrub, it is highly prized for its stimulating and toning properties. In fact, extracts of it can be found in commercial “energy drinks”. Its high concentration of caffeine helps fight fatigue and gives athletes a boost.

Guarana can be drunk as an infusion or tea. However, avoid consuming this energy drink in excess due to its high caffeine content!

Xocoatl is a cocoa-based drink, originating in Latin and Central America. We owe this recipe to the Aztec people.

Both spicy and bitter, this drink is often seen seasoned with annatto, chili, and vanilla. The Aztecs associate it with Xochiquetzal, who is none other than the goddess of fertility.

They believed that this drink helped fight fatigue and increase vitality. This bitter compound belongs to the methylxanthine family, and its effects are similar to those of theine or caffeine.

Theobromine (and therefore xocoatl) have a diuretic, cardio-stimulant, and vasodilator effect on the body. Its effects are less intense than those of caffeine. However, this molecule helps fight against fatigue and increases alertness. So xocoatl is on this list of the best natural energy drinks.

Iskiate is often presented as the drink of endurance. It has long been consumed by the Tarahumaras, a people of marathon runners for whom running is a real way of life. These Mexican people instill running in children and live by moving exclusively that way.

Iskiate is made from chia seeds, lemon, honey, and water. It is supposed to provide energy during exercise and promote recovery. This drink contains amino acids essential for muscle reconstruction after exercise, good sugars (low glycemic index), and essential fatty acids.

To make this traditional drink, you need to use a squeezed lemon, four teaspoons of chia seeds, a teaspoon and a half of agave syrup or honey, and freshwater.

Yerba mate is an infusion made from the leaves of yerba mate, a plant native to South America. Its effects on cognition, fatigue, and alertness have been repeatedly proven in clinical studies.

Experiments also show that mate and the caffeine it contains help fight fatigue and restore energy. This is why yerba mate, and more specifically, mate, ranks among the best energy drinks.

Be careful to not associate it with coffee, tea, or energizing plants like guarana, which also contain a lot of caffeine or theine.

How to talk about the best energy drinks without devoting a few lines to traditional green tea?

The consumption of green tea helps to improve cognitive functions, especially those that can be affected in the event of fatigue.

These effects are seen due to the composition of the tea leaves. They are rich in active compounds, including caffeine and antioxidants from the catechin family. We especially recommend the Matcha variety, which is rich in L-Theanine, which is an amino acid.

Learn more about the benefits of green tea.

Certain components of ginseng such as polysaccharides help fight oxidative stress and increase the energy of our body.

Ginseng is a favorite of athletes as it prevents the harmful effects that caffeine and other stimulants can have. In fact, the WHO recommends consuming it in the morning because of its stimulating effects. 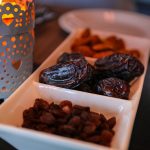 Previous post Are dates good for you? Here are 6 amazing health benefits of dates 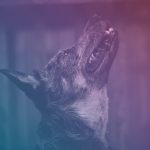